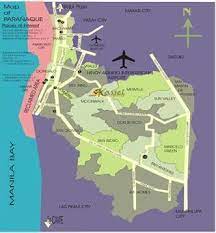 Division of Parañaque City was once part of the Division of Rizal Province.  When Presidential Decree 824 was promulgated on November 7, 1975, the Metro Manila Commission was created and began integrating several government units that were collectively grouped as the National Capital Region.  Four schools divisions were formed namely, Manila, Quezon City, Caloocan and Pasay City divisions.  The schools in the then Parañaque Municipality became part of the Division of Pasay City.

Later, Secretary Armand V. Fabella, in pursuance of his vision for excellence in the Department saw the need for restructuring the four schools divisions. He began subdividing the four Divisions into ten smaller ones providing each with qualified personnel among the educators who would look for a more focused, more enhanced, efficient and effective delivery of educational services in the National Capital Region.

The move to separate towns as well as their operation as individual Schools Divisions was  supported by then Secretary of Budget and Management Salvador Enriquez.  Upon the budget approval for the operation  of  the ten (10) divisions, Parañaque began its operation as separate Division on June 1, 1994 and by virtue of RA 8507, Parañaque became a city on February 13, 1998.